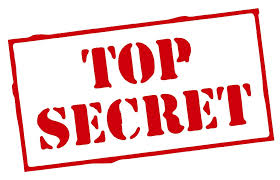 Why did I start this blog? Read on to learn why and to learn what my secret is...

Where did I get the idea from to start a blog? Funny you should ask. I got the idea at our Going Away Party. I was talking to John’s co-worker’s then fiancé  (brother’s step-sister’s cousin… just kidding) who told me that I should write. I asked him “Write about what?!” and he said “Anything, just write”. A Surgeon, a Pianist, an Athlete, and an all around nice person told me to write, so here I am writing. So thank you, DP, thank you for the encouragement.

Sure, I’m fully opening myself up to judgement. Sharing my words with the internet world makes me feel so, so vulnerable, but also in a strange way it is liberating. If you don’t like my writing style, stop reading me. If you don’t like my message, you can tell me… I’m a big girl and I can take it. If you don’t think that I’m formal enough, then you’re surely not going to like that I say the word “doneski” in one of my posts.

I’ve always been a closet bookworm. I’ve always loved to read. I’ve always loved to write poems for my nearest and dearest – sometimes funny, goofy poems and sometimes serious poems. I used to make my friends cards… smelly markers, construction paper and all. I still do make cards, but my scrapbooking skills have improved tenfold. I used to be hospitalized a lot as a child and as a way to kill time I would draw my nurses and doctors pictures or write them stories. The nurses and doctors would tell me that if I drew them another picture or wrote them another story, then I would be released and allowed to go home. That was music to my ears. It’s sure a lot more freeing to do what you want to do as a child than it is an adult… but I’m determined to do as I please regardless of other’s opinions or perceptions of me.

I used to be in French Immersion and in grade one I would take home armfuls of grade three french books to read for fun. I used to read all the time. I used to read at night time and I would get busted by my Mom who would tell me that reading in the dark is bad for my eyes. After I pretended to go back to sleep, I would reopen my book and get lost in the story all over again. I used to read all of my books, all of my sister’s books and I would re-read them from cover to cover, over and over and over again. My Mom would take me to the library and I would stock up and never want to return the books even though I’d read all of them.

I’ve always written. Always. Sometimes I write seriously, sometimes I write gibberish, sometimes I just write to clear my head. In grade six, I submitted one of my french poems into a contest. A few weeks later I received a book in the mail with my poem published. I never told anyone (besides my parents obviously) and John. I’m pretty shy, remember? The poem was about one nurse in particular who made me feel extra special during my hospital stays. Her name was Nicole.

My dear Grandma and I used to write each other letters from as far back as I can remember. That was something special between us… I have no idea how it started or why it started, but it continued on until she closed her eyes for the last time. I still have some of her letters in my “special box” and I often miss my pen pal.

In grade nine, while everybody moaned and groaned about having to write ten poems as an English assignment, deep down I was thrilled! My grade nine teacher was fantastic and has left a lasting impression on me after all of these years. He was great… he was funny (he had the greatest stories about his travels, one in particular about a rabbit), encouraging, supportive and he really made in a difference in my life. He wasn’t the typical English teacher that made you just answer comprehensive questions all year, he taught me a lot more than just that. So, for the assignment, I was unable to limit myself to just ten poems. I went on a spree, my writing voice finally had an out and I could not stop it! I submitted about 45 poems for the assignment. No exaggeration whatsoever. When my massive assignment was returned to me, my teacher had read and commented on every single one. Every. Single. One. He could have simply chosen ten randomly and marked those, but because he took the time and effort to read every single one – that made me feel special. It validated that maybe I do have something to say and people want to read it. I’ve send this man emails as an adult thanking him, but Mister (you know who you are) if you just happen to be reading this… here is my public thank you for planting the seed that my voice is worthy of being heard.

When I was growing up, I wanted to be everything from a Paleontologist to a Nurse to a Hallmark card writer. As I got older, I was told by society that being a Hallmark card writer wasn’t a real job and that I had to chose something else. So, I did. A normal, corporate job with a pension, benefits, etc.

My Uncle was a journalist who wrote about controversial matter. He made it big time (he has his own Wiki page… if that’s not big time, then I don’t know what is). When he passed away, he was a Bureau Chief for one of the largest networks in Canada. Maybe this writing thing is in my blood after all.

I started this blog, my lovely, because I finally stopped telling myself that I couldn’t. And that in itself is a great, great feeling.

Lastly, one of my oldest and dearest friends recently sent me a Doctor Seuss quote that has being weighing on me heavily:

Thanks for reading and I hope you continue to read about our journey! Please share and/or follow as that is the greatest compliment of all.

2020 goal = Instagram Worthy Hair ✔️ Thanks to the bestttt @jennatanseyhair you make my hair and insides happy 💕
In our family we show our love for one another with food, so what’s a better way to celebrate the best Mom & Grandma in the world then with all you can eat King Crab and our favorite little Italian restaurant?! Happy Birthday to you, Donna, you are so dearly, dearly loved by your whole family ❤️💕❤️
Together is the Merriest place to be ❤️🎄❤️
Follow LisaListed on WordPress.com